If there’s one dependable crop we get year after year, it’s raspberries. 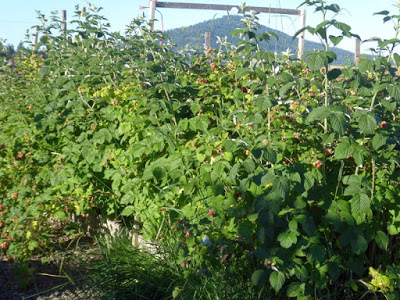 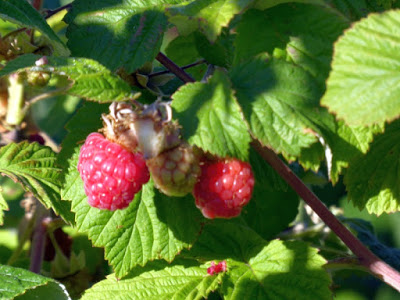 Raspberries are Younger Daughter’s favorite fruit, and in years past picking them was more or less her province. In her absence this summer, the task has fallen to Don and me. And since it’s been blazing hot in the daytime and there are too many mosquitoes in the late evening when it’s cooler, I’ve been going out around 5:30 a.m. to pick berries. 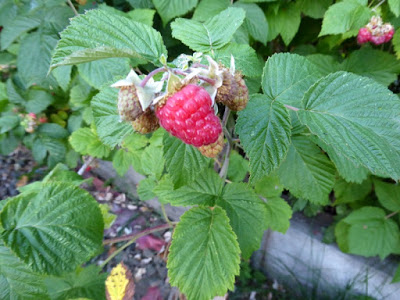 This early in the morning the raspberry bed is still in the shade, and the chore is pleasant rather than something to dread. 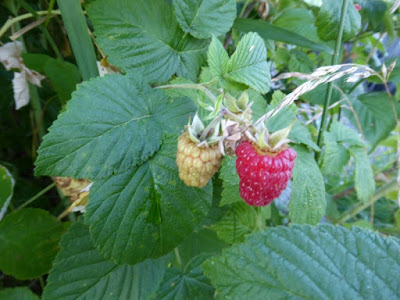 I pick every other day and usually get about three half-bowls of fruit (I don’t like to pile the berries too deep lest they get crushed under their own weight). 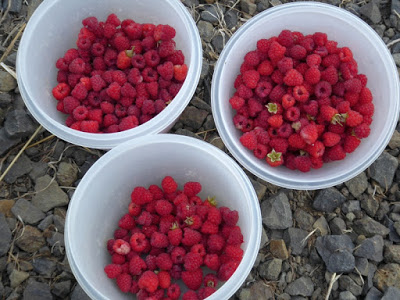 I decided not to make jam (we’re not big jam eaters) or freeze them this year. Instead, I’m dehydrating them.

I pick through the fruit and lay them on the mesh screens over each tray. The berries shouldn’t touch. Online sources for dehydrating raspberries always recommend washing them and laying them hole side down to drain. However this assumes the berries are purchased and passed through numerous hands before they reached your kitchen. Since our berries are fresh off the bushes and since I water them every day (which washes dust off), I just pick over the berries dry and lay them hole-side-down on the trays. 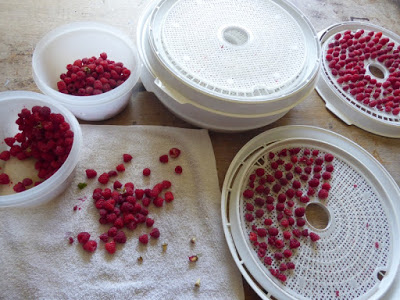 I set the dehydrator at 135F for 18 hours and leave it alone. When the time is done, the upper trays often have a few berries that are still a bit squishy, so I rotate the trays and put the heat on for another 4 hours.

Unlike something like red bell peppers, which shrink down in the dehydrator to a remarkable degree, raspberries maintain both their size and shape once they’re dried. They’re brittle and bursting with concentrated flavor. Frankly they look and feel freeze-dried. Way cool. 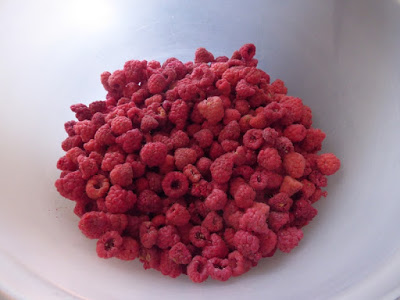 If freezer space is at a premium and, like us, you’re not big on jams, then dehydrating raspberries is a wonderful and easy option.

Note: This post first appeared in the excellent, long-running Rural Revolution blog. In her blog, Patrice Lewis focuses on homesteading and self-sufficiency.